My translation of part of the Prose Edda. 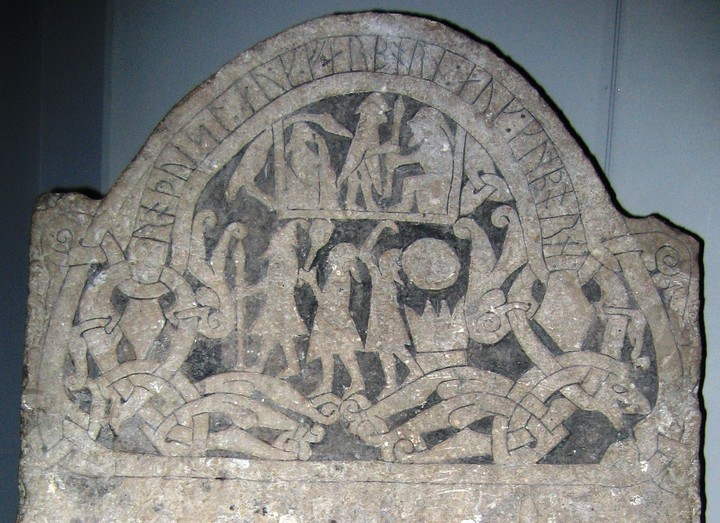 Ragnarok is a well known part of the Norse mythological canon presented by Snorri Sturluson. But what happens after the world is destroyed? Gylfaginning actually tells us, and I’ve translated the corresponding section below. Check it out!

Then Gangleri says, “Are any gods alive then? Or is there then any earth or heavens?”

The Grey One says, “Up shoots the Earth from the sea and it is then green and fertile. Unsown fields grow there. Vidarr and Vali live such that the sea and Surt’s flame have not hurt them, and they flourish there on Idavollr, where Asgard was before. And then the sons of Thor, Modi and Magni, come there, and they have there Mjollnir. Next, Baldr and Hodr come there from Hell. Everyone then sets themselves together and they talk among themselves and remember their secrets and speak of those times which had been in days gone by. Of the Midgard Serpent and of Fenris Wolf. Then they find themselves in that golden grass that the Aesir had had. So it is said:

Vidarr and Vali
flourish as gods
when Surt’s flame burns.
Modi and Magni
shall have Mjollnir
after Vingnir’s battle-blow.

And there where is called the forest of Hoddmimir, two hide in Surt’s flame who are called Lif and Leifthrasir, and they have morning dew for food. And from these people comes so great a lineage that the whole world rises again. As is said here:

Lif and Leifthrasir,
but they will hide
in the wood of Hoddmimir.
Morning dew
They will have for their food,
And from there centuries will be nourished.

And it will seem strange to you when the sun has gotten a daughter no less beautiful than she is, and she carries herself on the path of her mother, as it says here:

The lone daughter carries Alfrodul;
Fenrir chases the other one.
So shall it tremble
when the gods die,
The mother bears a daughter.

But now if you should ask forth further, then I don’t know from where it could come to you, since I have heard no man speak more about the path of time. Enjoy now what you have gotten.”

Note: The Edda is framed as a prophecy about what is to come for the Aesir, who are, according to Snorri, legendary humans that fled Troy to establish a kingdom in Scandinavia. At this point, we leave the prophecy and go back to the setting where it is first being told.

Right then Gangleri heard a great din some way from himself, and went out onto a hill to see. And when he could see more around him, he stands out in the flat field to see no hall and no city. He walked then and travelled his road and came home into his kingdom and said those tidings which he had seen and heard. And after him each man told these stories to the others.

And the Aesir set themselves then into legend, ruled their kingdom, and remembered from all these prophecies which were told to them, and gave the same names which before were named to men and the places where they were, until a long time passed such that men could not remember that they all were the same, those Aesir who now were talked about, and these ones who then were given those same names. There was then the one called Thor, who is also Asathor the Old, who is Okuthor, and by him were known those great works which Thor (Hector) did at Troy. And men think that the Trojans had talked about Ulysses and had called him Loki, because The Trojans were his greatest of unfriends.